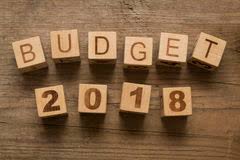 The Minister for Finance and Public Expenditure and Reform, Paschal Donohoe, delivered Budget 2018. As had been largely expected, there were no announcements in relation to pensions in Budget 2018 other than the €5 weekly increase in the highest rate of State Pension. This increase will take effect from the last week of March 2018 and bring the highest rate to €243.30 per week.

The Government also announced that a new group will be established to consider the amalgamation of USC and PRSI. This could have implications for pensioners who are not liable to PRSI but are to USC.

In September 2017, Leo Varadkar announced plans to introduce the long awaited auto-enrolment scheme for workers in the private sector.  The Government is seeking to automatically include 1 million workers who currently have no pension provision into a pension scheme. The Government has committed to provide details of their five year Pensions Road Map in December of this year.

The Finance Bill will be published on Thursday October 19th and it remains to be seen if they will tweak any monetary amounts/limits as it relates to pensions. The current specified income requirement is €12,700 per annum, which is the amount needed before an individual can invest in an Approved Retirement Fund (ARF). With the announcement of the weekly increase to the State Pension (Contributory), the maximum rate of the State Pension will become €12,652 per annum from the end of March 2018. We would therefore hope that the Department of Finance will consider making the necessary change in the Finance Bill to bring the specified income requirement for investing in an ARF in line with the State Pension amount considering the amounts are now so close in value.